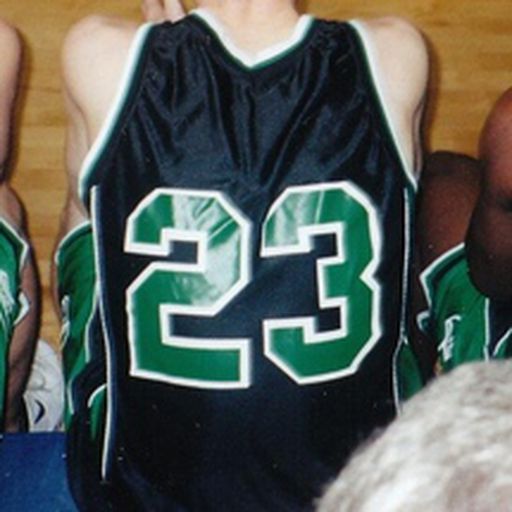 and Drake is the only one of those who would be playing out of their normal spot. I honestly don’t know enough about the characteristics needed to thrive in Gibson’s middle LB spot to know how much of a mismatch that may be (or if it is a mismatch at all).

Travelwolf's comment on Can the NC State fanbase please just calm down? from Backing The Pack,

Here is what Doeren said on Monday right before the question about Devon Betty that I quoted:

Tony [Gibson]’s gonna have to teach them all how to play. Jaylon already knows how to play all three spots. Drake has played Sam and Will. Levi [Jones] has played Sam and Will. He’ll have to cross train one of those guys like you mentioned. We’ll see how it plays out. I know he’s going to toy around with it a little bit this week. The goal is to get your best three out there and then have one that can spell guys. That’s kind of where we are at. I’ll have a better feel by the end of the week on what we’re going to be doing there.

Doeren talking about Betty and Poole


He’s done a nice job. He’s been very productive. He made a couple of coverage mistakes in the game, things he’ll learn from. That’s the difference, right? There were times when Isaiah was a young player where he’d make mistakes, and he learned from them. Betty is going to do the same thing. The thing that I will say about him is that he’s a very conscientious guy.
He studies film. He’s ready to play. He’ll do everything he can to be as good as he can each week. I think that’s the one thing, he’s ahead of his years from a maturity standpoint when it comes to preparing for games. I would look for him in whatever role is that Tony gives him, whether it’s Mike, Sam or Will, he’ll be ready to play.

Doeren after the BC game


Yeah. Demie Sumo, he’s played in his third game now on special teams, would be a guy at running back. I think Sean Brown on defense is a guy who has really impressed us as a safety. Those two guys jump out. Julian Gray is actually playing right now. Those are the three freshmen that you would probably be seeing out there the most. Had Jordan Poole not had a hamstring injury and missed basically all of training camp, he probably could have helped us a little bit more.

Sounds like Poole is going to have to catch up quick.

I’m definitely 100% on board with this post. I just want to say one thing about the social media issue. I absolutely have no doubt that some players received some negative tweets/threats made directly at their account. People who did that are trash and need to get their lives in order.

I just want to point out that a lot of what I saw was players searching names on Twitter so that they could somehow feel offended by it. Like a disappointed "Dang it, Devin Carter you gotta catch that." tweet was mentioned by several players with stuff like "Are you with us or against us?" or "We’ll just take this hate and let it fuel us." Like, it wasn’t tweeted at Devin Carter (@__d1c) and it was the exact thing EVERYONE was thinking in that moment. Being disappointed about a dropped ball at a critical point in the game isn’t hate – it is just wanting to see the team succeed but knowing it is a missed opportunity. The players just chose to read that as some "hate". In my opinion, some of the players were using social media to find extra negativity and that’s disappointing to see them go that route. Maybe they use it as extra fuel, but I’m not sure I’m excited about that form of motivation.

carltonfreebottoms's comment on Can the NC State fanbase please just calm down? from Backing The Pack,

PirateWolf's comment on Can the NC State fanbase please just calm down? from Backing The Pack,

PirateWolf's comment on Isaiah Moore and Chandler Zavala to miss rest of 2021 season from Backing The Pack,

If the depth chart is any indication...

Jordan Poole slides in as the backup to Devon Betty at MLB for NC State against Louisville.

He might need to bulk up along with Cory Durden, though.

I hate that injuries are likely going to lower the ceiling on what could have been an exceptional season for NC State football. What are you supposed to do when two all-conference level LBs go down with injuries for the season?

The way I feel now is the way I felt after Payton Wilson was lost for the year but Jaylon Scott plugged in with what seemed like little drop-off. I don’t know exactly which direction the team will go (and I’m not sure they know yet) but Drake, Vi, and Scott sounds like a solid LB group (but obviously a drop-off from Moore-Wilson-Drake). Devon Betty’s snaps went up considerably when Moore went down. Doeren bragged on Betty being mature for his age and sounds like he’s as ready as he can be without having the live snaps to refine his game. I expect him to be good while also making a few head-scratching mistakes that you get from a freshman.

As some have mentioned, this likely means the offense needing to step up a bit because the defense likely won’t be able to keep as many points off the board. That’s one reason Zavala’s injury hurts so much. Any OL depth has been stretched thin now.

I know I predicted a strong NC State win

But I’m a long time NC State fan which means a loss would also not surprise me.

Toudle slid because he was trying to catch a ball that was thrown a little behind him.

commented on Film Room aka thumping BC edition aka turning flukes into points edition from Backing The Pack, Oct 21, 2021, 1:50pm EDT

I’m sure George Barlow was a great man but the corners were so low on awareness while he was their position coach.

commented on Film Room aka thumping BC edition aka turning flukes into points edition from Backing The Pack, Oct 21, 2021, 1:48pm EDT

NuclearWolf's comment on Film Room aka thumping BC edition aka turning flukes into points edition from Backing The Pack,

I was on board with Tony Gibson becoming DC, fully moving to the 3-3-5 formation, and adding his old West Virginia staff

but I was just hoping that would help fix the shoddy secondary and make them a better-than-average overall defense. I did not see this kind of improvement coming.

carltonfreebottoms's comment on NC State defense among nation’s best in stop rate from Backing The Pack,

JEOHankins2's comment on NC State vs. BC by the numbers: Big plays define the Wolfpack’s win from Backing The Pack,

I totally forgot about that

In my mind, Miami is just a perpetually overhyped team so I forgot about that one year where they kind of seemed like they were back.

PirateWolf's comment on Louisville-NCSU set for, you guessed it, 7:30 p.m. from Backing The Pack,

I got that alert too

It was a list of the hottest names in college football coaching right now – P5 head coaches, mid-major head coaches, and P5 coordinators. Doeren’s name is mentioned because State’s had a good year and a half and Doeren is still young (49) so the article was just openly wondering if he’d be interested in heading back to the midwest for a new challenge.

BTW – Dave Clawson was a little higher on that list and he would be one coach I think we’d all be happy to see get a shot at a bigger school.

dingoNCSU's comment on NC State vs. BC by the numbers: Big plays define the Wolfpack’s win from Backing The Pack,

The WR group is in transition right now

The past couple of recruiting classes have had multiple "gazelle" WRs to help bring the deep threat back. They just haven’t been integrated into the lineup as much with Emezie, Carter, and Thayer all available. I hope they don’t overcompensate and neglect having the big, physical WRs that DD has had success with during his career.

It’d be cool to see someone like Julian Gray to start emerging in the second half of the season as that deep threat guy.

PirateWolf's comment on NC State is a 3.5-point favorite to beat Miami from Backing The Pack,

WolfmanJack's comment on NC State is a 3.5-point favorite to beat Miami from Backing The Pack,

Spider.Wolf's comment on NC State is a 3.5-point favorite to beat Miami from Backing The Pack,