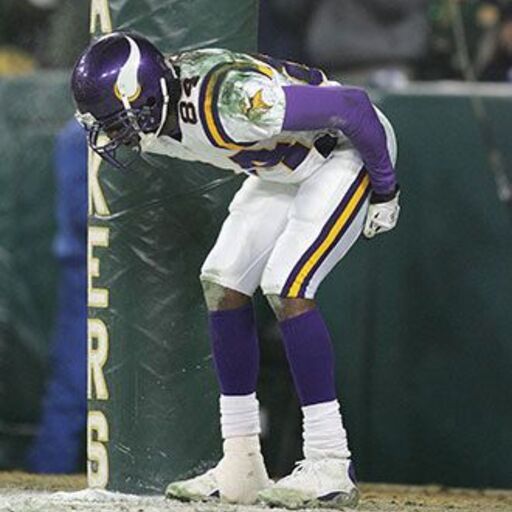 Bat from the cycle

Well of course, it makes perfect sense. I love the superstitions that players have about their bats.
Your coworker was right, Eddie was a bonehead on the basepaths.
Still, he had that knack for big moments and he’s on full display for the Bravos. It’s the essence of what’s so special about postseason small sample stuff. Does not matter who his is in those macro historical trends, it’s all about getting hot in the moment and Eddie is VOLCANIC right now

gintzer's comment on What should the Twins do with Alex Colomé next season? from Twinkie Town,

Voting SF because I want SF

but LA winning would be no surprise.

How much are volcano lair season tickets

asking for a friend

as much as you gotta hate them for cheating, damn they’re a good team huh

bullpens are gonna be SPENT

That feel when you

their names have the same energy

Did we win our playoff game

I don’t think we lost, so we must have!
twims WIM!

No to Van Burkleo

he may have had a long tenure there, but hitting has not been the strength of their club. I’ll concede that it’s hard to distinguish between what players do dependent or independent of certain coaches but commenters on CTC formerly LGT were calling for him to be gone back in 2019.
I wish I had a name in mind as a preferable substitute, but I don’t. Definitely hire Cleveland’s pitching development staff though!

Give me TB and MIL

I want media market fetishists to have an aneurysm

his injury happened late. TJS is getting better, but it’s still about a year of recovery, assuming no setbacks. Maybe in September, maybe out of the bullpen. Maybe.

A rightful criticism of the overall approach is that there are some bats in the lineup that handle falling into 2-strike situations poorly. Polanco is the near-ideal of being an attacking and highly home-run productive bat, but also handles 2 strikes well and can bat for contact. There was poor RISP batting, too many runners stranded. But it’s not like there was a total failure to bat with RISP.
We don’t have a homer problem. We have a pitching problem. We have a pitching-giving-up-homers problem.
You can keep whining and pouting about an anti-homer approach, but there are only TWO teams in the playoffs that have a below league average home run total: The White Sox and the Brewers. Both teams that have thrived off of top-10 pitching staffs. The only team that MISSED the playoffs with more homers than us was the Blue Jays. That happened on an extremely narrow margin of losing a couple too many games late.
The only team to make the playoffs with a below-league average team ERA is the Red Sox.
Your premise and argument is all wrong. 307 homers masked a problem of pitching for a season, but it did NOT force the organization to sign budget starters when better options were on the market. If anything, the outlier pitching performances in 2020 were the real culprit for allowing the team to think that Happ and Shoemaker would be sufficient.
But I’m sure it’s a lot easier to whine about the so-called problem of homers than it is to actually think about what lost us games.

This isn't traditionally how you start a wim