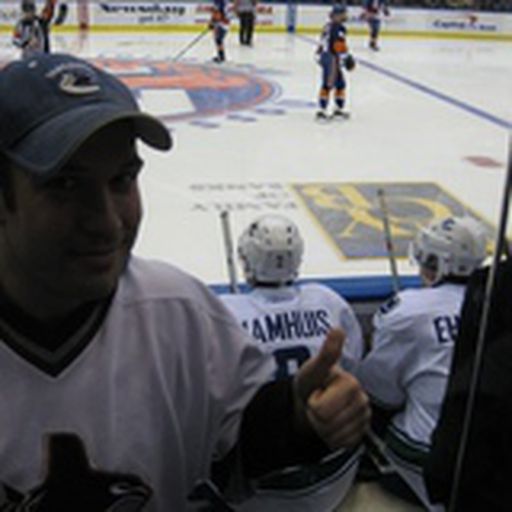 I was born and raised in Vancouver and have been been a diehard Canucks fan since before the age of five. I have lived in Toronto for since 2001, and living in Leafs territory has only strengthened my commitment to the 'Nucks - 10pm faceoff times be damned! I used to write for the awesome Nucks Misconduct blog on SBN, and now manage a blog called Hockey in Society.