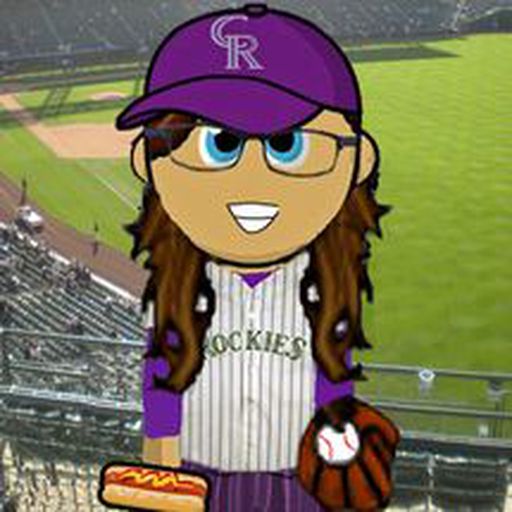 Born and raised in Denver, prettyinpurple, a.k.a. "pip", overcame a childhood of not begin raised with baseball and being lost in a sea of orange in blue in Broncos country. At the age of twelve, she miraculously started following baseball and the Rockies via the Rocky Mountain News in April 2007. As we know, the Rockies made their run in late ’07, making her "one of those bandwagoners" at first glance, but the run had made poor prettyinpurple fall in love with baseball. Among slowly growing in baseball knowledge, highs and a lot of lows of the seasons, favorite players coming and going, writing The Rockaholics Series (a cultural study of Rockies-addicts) in ‘09, and many hotdogs eaten, she still will fight anyone who dares propose that baseball is not the greatest sport in the galaxy. Starting in 2011, college began to suck poor innocent pip up, where she studies geophysics and covers the DII baseball team (a team that throws less strikes than the Rockies and regularly loses by double figures) for the school newspaper. She enjoys long summer nights next to the radio.