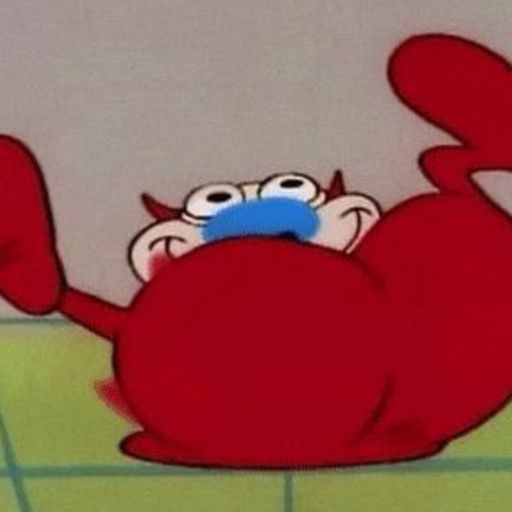 I’d go as far as to say I can understand screwing up a check swing call before two outs or early in the count. An ump CAN’T allow himself to end an entire series on a checked swing that doesn’t even leave room for debate.

I’m already hearing some present it as debatable, and the guys in the studio right now are starting to give excuses for the ump. It’s ridiculous; all the ump had to so was rule it a checked swing, even if he thought it might be a close swing. Don’t rule it a swing unless you’re 100% sure, because if you get it wrong you just falsely ended a team’s entire season.

Sorry not sorry to speak the truth: that’s one of the all-time bad playoff calls in MLB history, with how wrong it was and how impactful it proved to be. I won’t have the slightest patience for anyone painting excuses, and I don’t think Giants fans should either.

It is rather silly to bring the Butterfly Effect into play, as for all we know Boston would have won with a walkoff grand slam instead of what happened. The fact is that the Butterfly Effect means exact individuals who would have been conceived at some point following the play will now never exist, while some people who are eventually born never would have been conceived. So, does that mean Boston or this game or this rule just committed murder? Because that’s the rabbit hole you start to head down if you go that direction, right?

How can you say the Rays got screwed even a little?

1) The call was correct. You don’t get screwed by proper application of the rules; it is what it is.
2) There were two outs and nothing in the action that followed would have led to a second run. Boston scored at least two runs in the bottom of the inning, overriding what would have happened in the same sequence had the rule been different.

xiii-Dex's comment on Red Sox 6, Rays 4: Christian Vázquez walks off a wild one from Over the Monster,

That's not especially fair regarding Vasgersian

If he wants the rule changed, it’s because it led to an outcome that any baseball fan can reasonably admit was not especially fair. It’s the equivalent of the "tuck rule"; it was called correctly in this game, so no sour grapes, but that doesn’t mean the rule must be left untouched (indeed, while the NFL took its time it did eventually change the tuck rule).

What’s so wrong with letting this rare, unexpected outcome motivate an adjustment of the rule? As I was sitting there waiting for the umps to rule on the play, I freely admitted that the run otherwise would have scored, and because it was player interaction that led to the ball going over the wall it wouldn’t offend me if umpire discretion were in play and they had the runner score. Turns out it is by rule a standard ground rule double, so, lucky us!

Ultimately, there are only two things that matter:
1) There is no need for anyone to lose his or her mind over the rule, given that this is clearly a rare outcome. Rare means it isn’t the sort of thing that has been badly influencing the outcome of games, so we deal with rare flukes when they occur…unlike the ground rules in Tampa regarding hitting catwalks that the stadium’s designer assured would rarely if ever be reached by batted balls.

2) Anything less than an inside-the-part HR (which wouldn’t have happened with the ball staying in play) meant only one run for Tampa, and Boston won on a walkoff TWO run home run. Meaning that, ultimately, the outcome of the game wasn’t affected minus Butterfly Effect stuff. So, Tampa has no need to feel sore about the play on a win/loss basis.

Martin Perez’s ERA+ with Boston is 102, meaning literally above average. Safe to say an average or so pitcher is "MLB caliber", so big whiff by you there.

Garrett Richards was a calculated one year flier. How did that work out? The way many fliers work out. He had flashes and was only a little below average, meaning even for a move that for the most part didn’t work out he provided decent-quality innings.

Meanwhile, you leave out plenty else Bloom has done. Seems like a pretty standard-quality hatchet job by a poorly-informed (or outright biased) fan against a GM. Woof.

P.S. To add insult to injury, you somehow confused two prospects, one a top 100 prospect two years running and the other the flippin’ #5 overall pick just over a year ago, for "a mid level prospect". No wonder your perspective is so skewed. The roughly-equivalent package for Boston to give up would have been something like Nick Yorke + Jeter Downs, which is slightly more pricey.

PFF and DVOA Quarter 1 marks for the 2021 Cowboys

Well said! I'm not keen on any of these GMs getting outright dumped on

Each guy was given a mission/mandate, and each accomplished the primary goal he was tasked to do.
Cherington – was looked at to continue the process and legacy of Theo Epstein, and did so by retooling an imperfect roster to another championship (kind of a big deal) while also beefing up the minor league system big time. However, two straight last-place finishes (albeit with the second being almost a .500 team, as good as a last place team could be), a number of mistakes (Rusney Castillo, Pablo Sandoval, Hanley Ramirez, the 2014 trade deadline selloff for interesting pieces rather than prospects), and a perception that he was sitting too much on his burgeoning system of prospects meant that the team felt it could do better.

Dombrowski – DD was tasked to take what he was given (an excellent platter of goodies) and create a true contender. The immediate results: three straight division titles, culminating in the most winning team in franchise history. Some wrongly claimed that he simply sold off everything in the minor league system, and that is patently false, not to mention that when he did sell on someone it tended to prove to be a right decision (even if the return didn’t work out as hoped). DD’s mortal weakness was that he is not talented at building up a minor league system while contending…he definitely added some pieces and laid the groundwork for an eventual rebound, but it was not his forte.

Bloom – once the mission was accomplished and yet it was clear that the team was hitting a new era in the typical roster cycle, rather than ride rough waters through the storm with DD the franchise brought in a disciple of the TB model of teambuilding, looking to him to build up the minor league system without outright punting the Major League team. Bloom has already showcased his ability to craft a team to perform better than the on-paper sum of its parts, a TB hallmark, and Boston’s system has been rising fast in the eyes of media folks who analyze these things. Still early on, but so far, so good.

I don’t get why Boston fans would be anything less than "satisfied" with the work of each of the past three GMs, work that has added up to 11 playoff appearances and a whopping 4 championships over the past 19 years. Each champion team was memorable and a fun, wild ride, and there have been many enjoyable Red Sox squads even from the ones that fell short, including even some non-playoff teams. The first goal of a professional sports team is entertain, with the hopefully secondary purpose of climbing to the top of the mountain…and the Red Sox have given its fans oodles of both these past two decades!

Credit Where Credit Is Due

Jaylon and LVE were really bad against the Panthers (with pictures)

The best system was the one we had prior to now, IMO

If you review the sorts of teams that made the playoffs and the ones that didn’t, you didn’t get too many mediocre teams entering (and when they did, it was unavoidable division winners), and you didn’t see many legit championship-caliber teams be left out.

It seems that 4 teams per League was about the right balance between the worthy and unworthy, and with such a long regular season (and the difference between a division winner and Wild Card team’s record often amounting to little more than which team had more money to spend on depth) it made sense to not handicap the one Wild Card team. After all, in 2003 and 2004 New York and Boston were essentially the two best teams in the game…so why should one have to suffer a major handicap.

Instead of having the "right" selection of teams in the mix in an even playing field, we now have…unevenness. A lot of unevenness. Just look at this year…under the old system, we still would have had a great AL Wild Card race, excepting that the teams would have been gunning hard for one spot (and Boston’s comeback would have felt epic, instead of "just" awesome), and we STILL would have gotten a one game playoff for the WC slot, something that wasn’t all that unusual under the old system. Meanwhile, we would have avoided the silly Dodger-Cardinals matchup that resulted from a drama-free final stretch in the NL WC race.

7 teams per League making it? That would allow a lot of also-rans into the postseason, and with how the playing field levels off in a short series it would diminish the value of the regular season by quite a solid amount.

commented on Scattered Thoughts on a Wildcard Game win from Over the Monster, Oct 6, 2021, 12:40pm EDT

Boyce DuBois's comment on Red Sox 6, Yankees 2: On to Tampa Bay from Over the Monster,

MistaISA's comment on Game 162 Gamethread: Red Sox at Nationals from Over the Monster,

He was one of my all-time favorite Red Sox pitchers to actually watch pitch, and he was a gift from the gods when he dropped into the team’s lap without much fanfare. It’s really great to see him still connected to the franchise!

It’s a shame that our fanbase has anyone in it who would actually rain on a star player on the team for no reason. It’s one thing to offer fair criticism, and Bogaerts hasn’t been at his best in high leverage this year, but do just a little digging and you’d realize that you’re taking potshots on empty perception.

It wasn’t bad clock management. It was a tactical decision which called for no time outs.