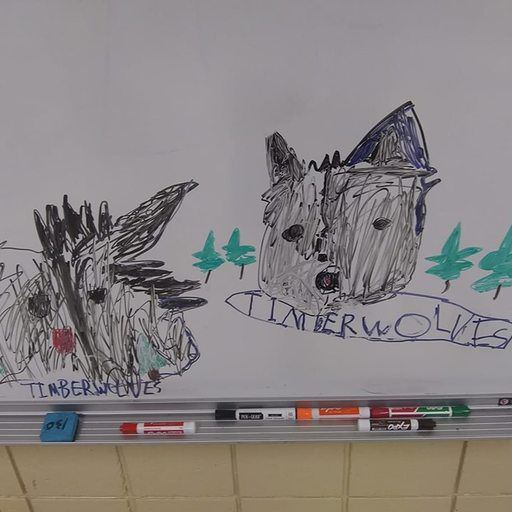 running with Twolves (and scissors)

Lutheran School teacher and basketball fan. Past Sigs... "Great stuff in here recc'd" - the great Tim Allen I just told her that some guy named "running with Twolves (and scissors)" told me that A&W, Dad’s, or IBC root beer are the way to go. She somehow managed to look unimpressed and confused at the same time. I’m fixin’ to tell her about what went wrong with creation next. - GDG "our interlocutor" - classichawk "now that's a good start" - caliwolf "I don't think [Dinosaurs] did fall [into sin] they were caught up in the velocirapture" - rickyp "That was one of my favorite things ever." - TheH "RWT(AS) for GM" - by keylimekai "I’m not sure I could put it much more succinctly." - Pope SnP I "I thought you had a good line." - Rodman99 "This is correct" - Bad News Wolves "You Magnificent Bastard!" - PoorDick "You may have just won the internet" - SlowBreak (No Longer Larry Bird) Xavier Scissors expected on July 15th Xavier Scissors: 8 lbs 9 oz and 21 1/2 inches long of future Timberwolf. Pretty much the Shepherd Book of this boat. "Like pretty much everyone here, I’d be pumped for Russell or Towns and bummed for Porzy, but could talk myself into Okafor." - Michelobius The BALL[M]ER Rudez and Kasich apologist-I'm a Twolves fan; I know how to pick'em. aka "fancy man with an imported TV" I saw a total eclipse; now I expect the Wolves to be in the playoffs

A Visit to Mayo Square