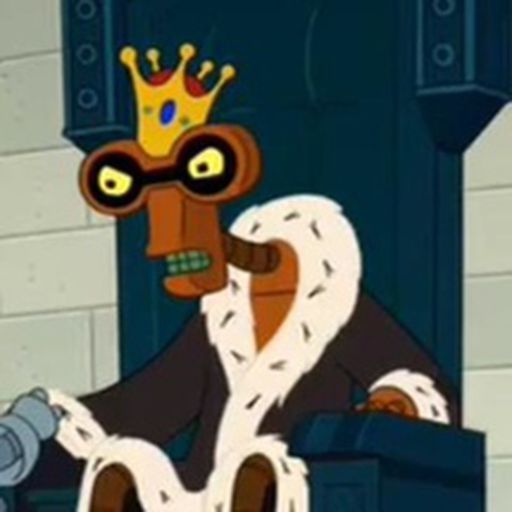 Dude with the ball bouncing off of his helmet will be one that lingers.

MrMain's comment on Why can't we have a peaceful Egg Bowl? from Red Cup Rebellion,

Noggin85's comment on Why can't we have a peaceful Egg Bowl? from Red Cup Rebellion,

Yeah, that guy on the left is a real cock.

Aranda may be the best hire the Tigahs could make.

If not, he’s definitely up there.

The Devil in Mr. Slive's comment on Why can't we have a peaceful Egg Bowl? from Red Cup Rebellion,

Seriously, who would want to follow Saban at Bama?

There’s a statue of the man outside of the stadium in part because he’s put together the greatest run in the history of the sport…down is the only direction you can go from there. It’s an impossible act to follow. Their fans are also probably dumb enough to believe this is normal or capable of repetition, which means they might seriously fire Saban’s successor for averaging 10 wins/season.

Also, and fun food for thought, but what do you think would make Lane happier: taking the Bama job or turning it down and watching the entire state of Alabama burn itself to the ground? Hell, they’d have to take the Finebaum show off of the air for weeks.

This game is always one I dread irrespective of what's on the line.

I feel like Bama has to be the biggest game as they’re the measuring stick for the conference at the moment, but LSU is still the game each year I want to win the most with FAuburn coming in a close second (for Tuberville and Treadwell reasons). I most hate losing to FArky and Schtuyte, though. Their fans are ungodly insufferable when they win, so a victory by us usually just results in a long exhale and a "thank God I don’t have to listen to that shit for a year" feeling.

So, yeah, here’s hoping we don’t lose what to me is still the 4th or 5th most significant game of the year. We will, though…just a feeling.

I also still think you’re wrong on Kiffin. The only two jobs open that he might leave us for are the in-conference ones, both of which have some unrealistic expectations IMHO. LSU is in better shape than UF, but they just fired one of Lane’s friends and can’t seem to get any of their prime targets in the door (just like what happened when they were pretty much forced to hire O). Whatever is going on there, LFK’s name is being mentioned less and less in connection with that opening. UF is all kinds of toxic and Strickland is hiring for his professional future. With a $12MM and a $50-80MM contract coming for whoever takes that spot, I think he has to go with someone more proven as a coach than Kiffin. Guess we’ll find out soon enough, but I’m still convinced that the fact that we’ll be handing him a contract that’ll offer between $6-7MM/year before incentives over the next four years and will absolutely increase his coordinator pool militates in favor of him sticking around at least a couple more years.

Noggin85's comment on Love it or hate it, Egg Bowl week is here from Red Cup Rebellion,

Waiting for the machine to be fixed might add a couple of years onto your life span.

The Devil in Mr. Slive's comment on Happy birthday to me from Red Cup Rebellion,

The Devil in Mr. Slive's comment on Happy birthday to me from Red Cup Rebellion,

Noggin85's comment on Happy birthday to me from Red Cup Rebellion,

Watched the last game with a bunch of Aggies at a bar in Plano.

They started congratulating me with about a minute to go and I’m all like "hang on…there’s still time." Can’t unlearn 20something years of cheering for this team.

For real. They're really improved.

MUCH better than their record and clearly hungry to prove it. With both teams essentially having bye weeks to gear up for it, the Egg Bowl is gonna be a beatch.

I still think he stays for a couple more years. We’ll give him at least $1M more/year over his current deal for the state max, which means another school would probably have to go 7+ years at $7-8M/year to be a clearly better offer. Between those facts and buyouts for him and the coach he’s replacing, the floor to get him to leave us is like $60M.

I love him, but that’s a LOT of coin for a man who’s never won a thing, sustained success anywhere and definitely has a few extra wins with us as a result of being gifted a ridiculous arm at QB. Carter will also let Lane be Lane while giving him whatever resources he wants…we’re just a better gig than the media would have folks believe. Hopefully, Lane sees that.

WR could be for several reasons. OL is a little more concerning.

I just hope it’s the latter. I feel like our class has stayed small because we’re on some dudes. Maybe this win helped put us over the top.

Should've won this game by 4 touchdowns.

Still damned impressive considering where we were two short years ago, though. Defense has improved literally every game since this (highly underpaid) staff took over.

And the "Alec Baldwin shot my other sign" one, obvs.

After the Candi Fisher one.

commented on Here’s who we DO NOT want to see as the guest picker on College GameDay from Red Cup Rebellion, Nov 13, 2021, 9:42am EST

Not sure how I feel about it, since that makes it look like we couldn’t get anyone else. He is a celebrity of sorts, though, and obviously knows what to do when a microphone is in his face. Maybe he’ll take the chance to say he’s staying in Oxford and put an end to any negative recruiting.

commented on Here’s who we DO NOT want to see as the guest picker on College GameDay from Red Cup Rebellion, Nov 13, 2021, 9:33am EST

A network owned by Disney.

But, yeah, I would assume the university would have to have a say in who represents it.

commented on Here’s who we DO NOT want to see as the guest picker on College GameDay from Red Cup Rebellion, Nov 13, 2021, 9:30am EST