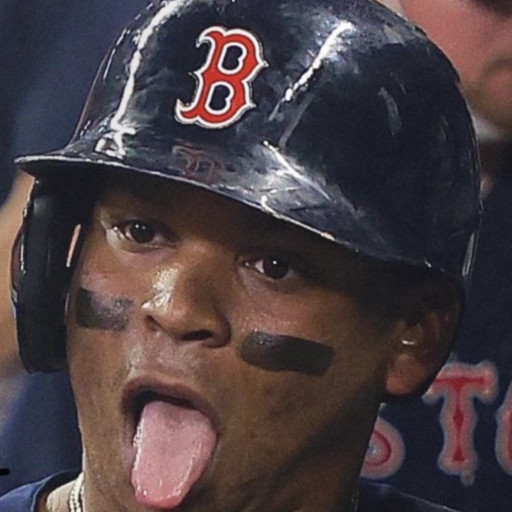 I like steak burritos and writing about the Red Sox.

What a masterful job by Bloom building up this farm system. We really have elite offensive talent and some promising arms. Remember when people said Nick Yorke wasn’t a top 100 prospect in the 2020 draft?

Winckowski is also fairly close to major league ready. Could make an impact this year. I just wonder if Chaim puts him in long term plans

I think the Red Sox would jump on a Downs/Winckowski for Manaea deal. That has a lot of upside for them. That being said, I think the A’s would require another mid tier prospect, a guy like especially with the inflated values that we’ve recently been seeing on starting pitching.

There’s also still so much uncertainty over what player’s values will be after the lockout ends, and how teams will react remains to be seen.

In a deal like this, the Red Sox shouldn’t hesitate to add a bullpen guy or mid-tier prospect if that’s what is gonna get it done. Relief pitchers grow on trees.

Personally, I see no shot of it happening

I would be stunned if JD is back in 2022. He offers zero defense, which was an issue obviously last year. And DH will be clogged, especially if they re-sign Schwarber. Re-signing JD would take out potential ABs for Casas or Dalbec, assuming he isn’t traded. I just think it makes little to no sense especially entering the years where most players hit a sharp decline.

Yes, Dalbec is a swing and miss guy. But his peripherals were through the roof last year, and all he needs is more time to shorten that swing and make more contact. I personally believe Dalbec offers much more power and defensive versatility then Brown, but a comparison of the two if fair.

I wonder about a guy like Manaea. You’re right, he should be able to bring back some solid prospects, but his market could be volatile given his injury history. I could see the Red Sox trading a guy like Downs and Thad Ward for Manaea in a separate deal.

commented on Potential Red Sox Blockbusters: Matt Olson + more from Over the Monster, Jan 15, 2022, 1:03am EST

I could see the A’s try and get a guy like Nick Yorke instead of Downs. Downs just had such a bad year in 2021 that his production really can’t be predicted.

Very valid point there. The way I look at the Casas fit issue is this; Casas likely won’t be ready to take on a full starter’s role until next year. That’s just being realistic, even if he may be close to being able to major league ABs in 2022. Chapman is a free agent after 2024, so that would create two years of potential issues at 1st. With JD gone after 2022, there will be a hole at DH, which Casas could slide into. This is all only if Casas performs as we expect, and that has to be kept in mind. While I don’t think it’s likely that the Red Sox go for Olson, I think it’s possible and would work.

Trivino is almost a throw in. I’d see Chaim Bloom swapping in some low/mid tier prospect instead

Bello needs to be untouchable

The Red Sox haven’t developed an elite starter since Jon Lester. Bello has the highest ceiling of all these guys, and Chaim cannot move him unless it’s for another young, controllable pitcher. I have zero issue moving any other pitcher in the orginization.