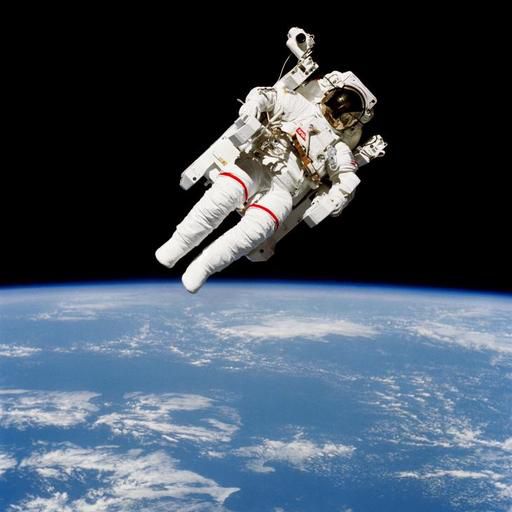 I have no issues with trading Renfroe for prospects. But I have no idea why Renfroe, who is the better player, costs less than JBJ, and has two years left of control, wasn’t enough to fetch two prospects ranked in the late teens in Milwaukee’s system. Taking back JBJ, who is not a good player and costs $12M (with a $12M option next year or an $8M buyout) is why this move is stupid.

commented on Scattered Thoughts on the Hunter Renfroe/Jackie Bradley Jr. trade from Over the Monster, Dec 2, 2021, 10:14pm EST

I agree with the Schwarber part, but the rest I don't follow

If JBJ were a free-agent signing, he would make sense for this Red Sox roster as a defensive-first outfielder. The contract would be a drastic overpay, and we’d all be pissed, but with the Red Sox seemingly willing to go over the luxury tax threshold in 2022 (and who knows what the new CBA will look like?), the money doesn’t really matter. It’s what big market teams should do, and it’s defensible

In no way would it be defensible to give a player who’s always been a poor hitter and coming off a 35 wRC+ season $12M next year with an option for another $12M the following year (with a buyout of $8M).

If you want an all-glove, no-bat hitter, you could go out and sign Billy Hamilton right now for a bag of rocks and a half-eaten sandwich. If you think JBJ is good defensively, look at Hamilton’s numbers. And even if they’re blowing past the luxury threshold, it’s still a waste of a bench spot to give to a defense-only outfielder.

And as far as Dalbec goes, if he has a poor season this year, then you’re not going to be able to trade him for much. I would prefer to trade him now to get some bullpen help.

commented on Scattered Thoughts on the Hunter Renfroe/Jackie Bradley Jr. trade from Over the Monster, Dec 2, 2021, 10:11pm EST

nosh72's comment on Scattered Thoughts on the Hunter Renfroe/Jackie Bradley Jr. trade from Over the Monster,

For one, you're not "selling high" if you're taking back a bad contract or player in return, which is exactly what the Sox are doing in taking back JBJ

Secondly, I have no issue with them "flexing financial muscle." But it remains to be seen if they’re actually doing that. Even if they do, JBJ is a waste of a bench spot. He serves no purpose other than coming in as a defensive replacement, and while we can always use a defensive upgrade anywhere, the outfield wasn’t our concern in that regard. Our infield defense is still the worst in baseball, and JBJ doesn’t help that one bit.

commented on Scattered Thoughts on the Hunter Renfroe/Jackie Bradley Jr. trade from Over the Monster, Dec 2, 2021, 9:54pm EST

For all the shit people love to give ERod, his peripherals were actually really good last year, and much better than what Rich Hill did. Wacha isn’t any good any more, and Paxton isn’t likely to contribute much, if anything at all.

Renfroe is the better player than Bradley, and the prospects we got in return are not even ranked highly in their system.

I like Bloom, but I’m getting tired of every move he makes having to find a diamond in the rough. We are a big market team that should be able to acquire top free-agent talent. We should start acting like it.

commented on Red Sox trade Hunter Renfroe to the Brewers for package including Jackie Bradley Jr. from Over the Monster, Dec 2, 2021, 1:13am EST

So we’ve signed 3 starting pitchers, traded an OF for a much worse player (who is making more money) and two mediocre prospects, and not one of these moves addressed our biggest concern…our infield defense.

commented on Red Sox trade Hunter Renfroe to the Brewers for package including Jackie Bradley Jr. from Over the Monster, Dec 2, 2021, 1:09am EST

I honestly can’t see why he alone didn’t fetch both prospects. JBJ is a net-negative in this deal, and served no purpose being included in the mix. Absolute head-scratcher.

commented on Red Sox trade Hunter Renfroe to the Brewers for package including Jackie Bradley Jr. from Over the Monster, Dec 2, 2021, 1:05am EST

jt1918's comment on Red Sox trade Hunter Renfroe to the Brewers for package including Jackie Bradley Jr. from Over the Monster,

rmosutton's comment on OTM Open Thread 11/22: It is Monday from Over the Monster,

dsharp's comment on Eduardo Rodriguez reportedly close to signing with the Tigers from Over the Monster,

Greenville_Gent's comment on Eduardo Rodriguez reportedly close to signing with the Tigers from Over the Monster,

PaddyC's comment on Red Sox reportedly have multi-year offer out to Eduardo Rodriguez from Over the Monster,

DaBoomer's comment on Red Sox reportedly have multi-year offer out to Eduardo Rodriguez from Over the Monster,

Playing 1B is by far the easiest position to play on the field. It's not even close.

Having said that, it doesn’t mean everyone can do it well. But Devers’ problem at 3B is not his range or his ability to play around the bag. It’s his accuracy in throwing, which will all but be negated at 1B, making him an ideal candidate to shift there.

I'm not "giving up" on Dalbec

But he isn’t needed on this team in order for us to be successful, and I don’t think we can count on him repeating the final two months the way he did. He still has a ton of holes. I wouldn’t give him away, but we desperately need pitching, and as long as you can get that for him in a trade, which I believe they could, I make that deal in a heartbeat. We also have Casas waiting in the wings who is by all accounts, supposed to be better than Dalbec.

As far as Dalbec’s ability to play 3B, I won’t pretend like I’ve seen him there in the Minors. Sox Prospects said he projects to be an average defender there. I don’t want to wait years for him to just be average.

I think it’d be best to move him for pitching, and sign a player like Kyle Seager to play 3B, who at his worst is still a solid hitter, and he’s an above-average defender at 3B. Instant upgrade in my opinion.

Dalbec, Devers, and Bogaerts were absolutely horrendous defensively, and a major overhaul to our entire infield defense is needed ASAP

I’d trade Dalbec for pitching, move Devers to 1B, sign Kyle Seager for 3B, move Bogaerts to 2B, and sign someone like Iglesias to take over SS. That would be a massive upgrade defensively while still keeping Bogaerts and Devers in the lineup.

A big splash in for one of the top infielders might seem great, and I don’t mind trading for one, but our money and assets would be spent more wisely on pitching.