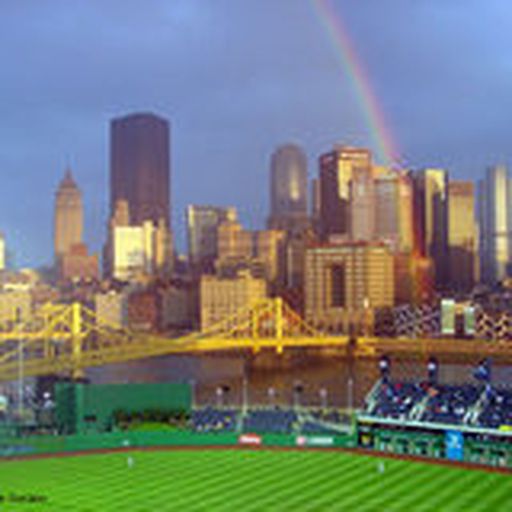 Born and raised Pittsburgh, lived in Chicago for over 20 years, now retired and living in Nashville, Tennessee.

So how do the Pirates actually develop these player?

The Pirates are getting some good coverage from this and last year’s international signings. What happens to these players now? Who coaches them? How is their development managed? I assume the Santo Domingo and possibly other Caribbean and Latin American players go to the Santo Domingo academy, but this is only a guess.

The Steelers need to fix their offensive line first.

cubreporter51's comment on A radical idea for developing pitchers from Bucs Dugout,

Cignetti could prove to be a step down from Whipple, as he failed to put points on the board with the frequency that Whipple did last season.

With Phil Jurkovec injured most of the year.

College pitchers at least have professional-type game film, but the game is managed there in the same way -- protect arms at all costs

College coaches are just as likely to allow starters to throw way to many pitches as high school coaches. They do not manage pitchers to protect arms at all costs. Living in Nashville, I am lucky to have one of the best college baseball programs nearby – Vanderbilt. They had two of the best college pitchers, including Kumar Rocker. Both were overused especially in the later stages of the regular season and through the college World Series.

They both came out good at the end of the movie. Can I interest you in some FCOJ options?

I see lots of issues

Unless every major league player got the same base salary plus some form of bonus based on performance, innings played, team wins, etc. Would this foster an atmosphere where players were forced to kick back to the managers to get a spot in the lineup?

Why would any player sacrifice his own self-interests (high salaries in free agency) for the good of the union? They wouldn’t, so this could mean the MLBPA would cease to be effective in representing the players.

Why would teams agree to this? For a big city team, are the extra sources of income going to the union to distribute? For a cheap owner, how does he maximize his profit, especially if he has no more ski resorts to run? Is a rich owner going to take advantage of the system by paying under the table for players?

Those who can’t do -