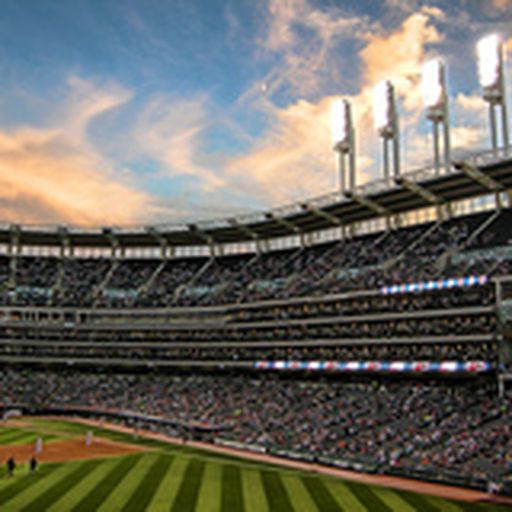 I don’t understand that proposal. If you can get into the playoffs with 82 wins, won’t teams have less incentive to really spend money and go for it?

commented on Free-agent signings galore (not in Cleveland) from Covering the Corner, Nov 29, 2021, 10:15pm EST

I’m still convinced he was traded to CLE in the Kluber deal and nobody ever told Cleveland, Texas, or Solak.

commented on Free-agent signings galore (not in Cleveland) from Covering the Corner, Nov 29, 2021, 9:40pm EST

Are we going to hear the owners cry poor for the next two months?

I really want to know CLEFO’s internal evaluation of Rosario at shortstop. I understand why they rolled with him during 2021, but the pitching staff paid dearly for it.

commented on The Mets are the first to throw some logs on the hot stove from Covering the Corner, Nov 28, 2021, 8:36pm EST

Choi has been platooning in Tampa since 2019, before Yandy was his platoon mate.

I’d rather have a full time player, but if you can’t afford or develop that, use what you have.

Who is going to be the one to tell Tampa Bay?

Naylor did just fine against RHP last year. He’s got value as the strong side of a platoon at 1B. Just have to put him in position to succeed.

I also think there’s hope for him in LF now that he’s off he dirt and can focus out there.

commented on The Mets are the first to throw some logs on the hot stove from Covering the Corner, Nov 28, 2021, 2:54pm EST

Torrens’ bat was legit good following his recall. I just don’t know if he can catch.

commented on The Mets are the first to throw some logs on the hot stove from Covering the Corner, Nov 28, 2021, 1:11pm EST

I think Torrens is the odd man out.

It’d be nice to find the next Yan Gomes. I’m sure CLEFO has a list.

commented on The Mets are the first to throw some logs on the hot stove from Covering the Corner, Nov 28, 2021, 1:06pm EST

The Ms view Murphy as their starter, although they want to rest him against some RHP. Raleigh had a rough debut, but they like him as a complement to Murphy.

Torrens seems to be the guy on the bubble there, as they lost faith in him behind the plate last year and demoted him. Upon his return, he only caught a handful of innings. His bat came to life upon being recalled, which may have been the result of his relief from the obligation to catch.

Cisco’s bat offers some hope, but he’s had a rough go of it behind the plate too. I guess you take what you can get when you’re in the Wilson Ramos and Rene Rivera tier.

Nabbing a Toronto catcher seems as obvious of a fit as Cleveland acquiring a St. Louis outfielder the last five years (non-Mercado variety).

Do you think Cleveland would live with defense from somebody like Kirk? Or is your money on Jansen or McGuire?

He’d be an upgrade. Perfectly serviceable bat behind the dish (which makes him an above average hitting catcher), and his defense is spectacular.

The obvious red flag is that he’s about to turn 32 next month. It’s fair to assume some decline, especially for a catcher. For 2022, I’d absolutely prefer Stallings as a starter ahead of Hedges. It just seems like a tough deal based on Stallings’ control and productivity versus his age.

You don’t have to convince me. Bring on the better players. That’s just not how this club operates, though.

The last real prospect consolidation for MLB talent trades by this front office were in 2016, and through no fault of CLEFO, only one of those deals crossed the finish line.

I’m sure CLEFO wants to consolidate, but it appears more likely to do it at the trade deadline. Maybe the roster crunch this offseason compels an earlier move, but it also takes two to tango, and I suspect there will be a lot of disbelief at the amount of talent Cleveland trades if it acquires an established major league position player.

Oh, I don’t doubt Plesac would be coveted by many teams.

I’m still just weary of dealing him, mediocre performance and all, because we saw last year how run prevention under a 6 ERA isn’t a given.

I have no inside information to the contrary, but I’ll believe Bieber’s shoulder is fine when we see him clear 150 innings next year. I’d like to believe Civale’s finger injury is in the past. I still don’t know which Triston McKenzie is going to show up, but the last few starts of 2021 after his dominant stretch remind us all that the other version is not too far away.

Mejia and Hentges were rushed into service, and it was painful. Morgan has some interesting peripherals, but the homeruns may be too much to overcome.

Cleveland is stocking up on AA/AAA arms to try and avoid a repeat. I have a feeling we’re going to get plenty of exposure to the depth tier due to injury and workload management. I’d like Plesac’s innings to be in Cleveland unless Cleveland is willing to bring in somebody like Kluber to eat 100 innings while things stabilize.

Corey Kluber to the Rays, per Rosenthal. Love it for both of them.

Plesac’s injury isn’t really the issue — it’s not an arm, core, or knee issue that is likely to reoccur or linger. Plesac’s issues are his immaturity, self-inflicted absences, and inconsistent performance.

That is not the aisle in which Cleveland shops. That reality should be read into all comments.

I have worked hard to forget the Derek Lowe experience.

commented on The Mets are the first to throw some logs on the hot stove from Covering the Corner, Nov 27, 2021, 9:30pm EST

Feels like Preller and CLEFO are due for a fun one, or are we waiting until the deadline?

commented on The Mets are the first to throw some logs on the hot stove from Covering the Corner, Nov 27, 2021, 2:30pm EST

Most of his value comes from playing an above average 2B. Positional versatility is nice, but if your plan is to make him your starting left fielder, you’re giving back too much value.

commented on The Mets are the first to throw some logs on the hot stove from Covering the Corner, Nov 27, 2021, 1:49pm EST

Frazier is a nice player. He’s also a free agent after 2022, so having him man second base for one year doesn’t really help Cleveland sort through its internal options.

commented on The Mets are the first to throw some logs on the hot stove from Covering the Corner, Nov 27, 2021, 1:03pm EST

Conforto turned down the qualifying offer, so you know Boras is confident he’s going to eclipse that, even in a one year deal. At minimum, I think he’s angling for 1 year / $19M or the Castellanos 4 year, $64M with an opt out after two seasons.

Looks like the Mets nabbed Starling Marte tonight too, in addition to Eduardo Escobar and Mark Canha.

Curious where Dom Smith, Jeff McNeil, and JD Davis fit in now. Each has his warts, but all have their strengths.

Price, age, skill set, position, or all of the above?

I don’t see Cleveland going here with somebody like Avisail Garcia.

According to Jeff Passan, the Mets are nearing a deal with Mark Canha. Let’s see where the outfield market is heading…

As close as we’re going to get for the night is Jordan Luplow being dealt to the Diamondbacks for 2B prospect Ronny Simon.

We’re in agreement about the immaturity of those tweets. I’m less than ten years older than you, and my generation was counseled repeatedly by college professors and career service professionals not to post things on social media.

I have to believe Johnson has heard a similar warning many times during his college baseball days and especially during his minor league career.

commented on Daniel Johnson among three players outrighted to Columbus from Covering the Corner, Nov 26, 2021, 11:09am EST