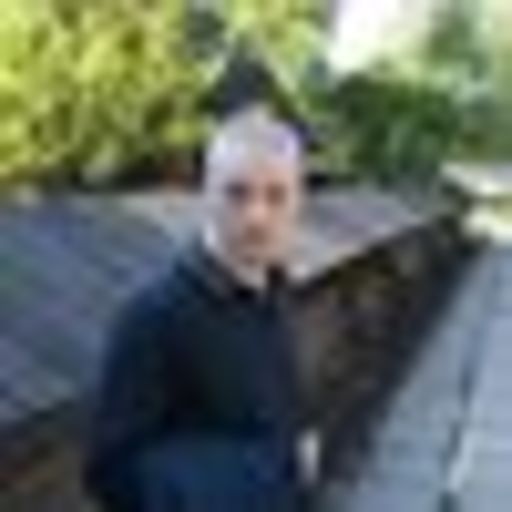 He may have just saved their season.

I’m not the biggest fan of Boone, but he couldn’t hit for Torres, DJL, Voit, Sanchez, Gallo, Hicks, and Urshela. I don’t know how Boone’s "managing ability" could have

made up for that. If just two or three of these players had had good season, not great ones, we might have won the division. After Stanton and Judge, The drop off in run production from everybody else was simply staggering. The number three guy in RBI had FORTY less. Stanton’s low run total also says a lot about how bad the offense was.

Agree with everything the article says. He was unquestionably the MVP.

Too risky to count on him to be a full-time player. A replacement is needed. He can be a part-time player.

The New York Rangers? I guess you’re an Islanders’ fan.

Surprised at how the Sox rallied after losing Game 2 and falling behind by a lot early in Game 2. In some ways I’m happy Tampa lost.

Those guys that treat every game versus us like it’s life and death. Sox’s offense could not be stopped and Tampa’s pitching was very subpar. Hopefully this indignity of Boston getting to the ALCS will motivate the Yankee brass to really reassess things. Both Tampa and Boston are superior to us, especially on offense.

Excellent article. And yet how much blame should Yankees get for counting on players who two years

ago didn’t serve as anchors to the two big cannons, Judge and Stanton, who didn’t even combine for 400 at bats, but actually were the main reason the team was able to win the AL East without healthy seasons from the aforementioned cannons? That’s the tricky part. One might have expected some regression from some of the following players: Gardner, Sanchez, Hicks, Voit, Urshela, Torres and DJ. But the degree to which they’ve regressed is why we’re having this conversation and why the Yanks’ offense doesn’t match up with Houston’s. And Gardner is the only one in that group who can legitimately be called old.

Look at his abbreviated 2018 and you’ll see a Gallo we would all like.

commented on The Yankees need a new hitting coach — but not for the reasons you think from Pinstripe Alley, Oct 10, 2021, 10:51pm EDT

Not the least bit surprising the Red Sox didn’t go to Ottavino at any point. The guy has great stuff, but in big spots he’s not trustworthy.

They were hoping to not use another pitcher but Wacha was up there in pitches.

They pitched well in those series. They couldn’t have won a slugfest if it had come to that. That’s the only

way the Yanks won games all year: pitching. That’s the preferred way to win games, but a good team has to be able to win games even when they don’t pitch well. We almost never did.

By a lot. It’s thoroughly embarrassing.

Watching them hit Baz and Wacha, two guys we couldn’t do anything with, gives some idea

how inferior our offense is. Comparing these two lineups with the one we trotted out Tuesday is enough to make one laugh. Every hitter in both lineups poses a threat. Tuesday we had four who posed a threat. I mean you wonder how Boone and the players can seriously say they believed they were going to win. Not that I would expect them to say they expected to lose, but the only chance they had of winning Tuesday was if the pitching had been lights out. Good teams should be able to win every kind of game.

The Yankees had a serious problem hitting good heat this year. It was always evident.

There’s no question changes will be made. The question is to what degree. In my eyes there are several who should be traded even if they can’t get much

Sanchez can go, maybe Voit. I would consider Torres too, but he wouldn’t bring back much now. The hitting coach MUST BE fired. Given the way this team hit for most of the season, it’s amazing they won 92 games. And Boone shouldn’t be brought back. They need a no-nonsense manager who’s not a disciplinarian but who will not sugarcoat things.

Blame Cole all you want but two runs is shit. They went out with a whimper. Truthfully, Toronto deserved it more than them.

I like that Gleyber’s not hitting lead off, but I would have rather kept Rizzo hitting second and put Gardner first. Odor was a bit of a tempting

option in Fenway because the proximity of the monster makes him a power threat even hitting to left field. But that’s not a bad decision on Boone’s part.

Only change I’d make is have Gardner lead off.

His OBP is not good.

As to what you said about Voit’s attitude, I’ve gotten the same impression. Lots of times our impressions are wrong, but several things he’s said and done have led me to think that.

That’s true, but within his skill set he’s not an underachiever. Gary is. Look at Gary’s 2017 and compare it to his next four seasons. Now he’s only 29.

Is there a reason why he hasn’t replicated that season, or at least come close to it? You can’t tell me they learned how to pitch to him. And the last two seasons have been dreadful. And the interesting thing is that if you look this year, he increased his BA by .057, his OBP by .054, his SLG. by .058 and his OPS by .112. And he still had a bad year. He had one good month: June, when he hit .289 with 8 homers and 19 RBI. That month constituted more than 1/3 of his combined homer and RBI total. He hit under .200 in April, July and September. And he hasn’t had a three-hit game since August 14th 2019. If they don’t make it very clear to him this offseason that if he doesn’t look at film from that season and incorporate those mechanical adjustments into 2022, he will be gone, then they are doing the team and the fans a grave disservice.

Great article but 2003 wasn’t the first time the two teams met in the postseason. They also met in the 1999 ALCS, with the Yanks winning four games to one.

commented on The history of win-or-go-home games between the Yankees and Red Sox from Pinstripe Alley, Oct 4, 2021, 1:21pm EDT

I don’t feel Gleyber should be leading off. Gardner should be there. This isn’t a knock on Gleyber. As someone

who’s capable of doing more damage than Gardner, he should be hitting fifth or sixth.

Boston’s pen did just improve with the return of Whitlock. But other than that it’s questionable.

You know after that streak of 11 losses in 13 games threatened to ruin all of the good from the thirteen-game winning steak,

I think we all knew they had to finish up with a nice run to have a chance. They went 14-7. That is a very good run. And yet you had two terrible losses to Cleveland, a dreadful loss in Baltimore, the dud yesterday, a game Friday where we went from innings 2-8 without a runner in scoring position, and then a game today where we won despite having only one hit going into the ninth and no RISP going into the ninth. During the streak of 14 in 21, we only twice scored many runs early and coasted from there: the first games in Baltimore and Boston. Even the wins were for the most part a struggle. A decisive win today would’ve helped validate this run that followed the tough stretch. Instead, it felt like a lot of the wins and streaks this season felt like: unconvincing.

It looks like we’re going to Beantown. Losing home field is something I can live with. After all, sweeping three in Boston and having Boston

lose two of three to Baltimore were unlikely occurrences. But the putrid offense, especially yesterday and today, was a real downer. Hopefully, Cashman will make the right moves. I never want to see Gary Sanchez face again after this year.